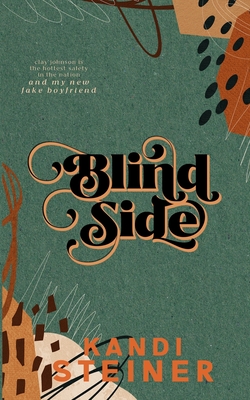 The hottest college football safety in the nation just asked me to be his fake girlfriend.

And I just asked him to take my virginity.

Clay Johnson has the abs of Adonis and the deadly smirk of the devil, himself. There's hardly a day he's not headline material during football season, and never a day he isn't a bullseye target for every girl on campus.

He used to be the easiest of all the players for me to wrangle as the Public Relations Coordinator, but after a nasty breakup with his high school sweetheart, he's a mess.

And a complete pain in my ass.

We meet to discuss his behavior and review media relations standards. But when he witnesses how I fall to pieces in front of my guitar-toting crush, his wheels start turning. And he cooks up this absurd plan.

He helps me get noticed.

I help him make his ex jealous.

All by pretending to be in a relationship.

What he doesn't realize is that this bookworm is a virgin, and far from versed in seducing a musician. So, to sweeten the deal, I convince him to help me - not just to get my crush's attention, but to knock his socks off once I have it.

But the more I come unraveled at the hands of Clay Johnson, the more trouble I have discerning what's fake and what's undoubtedly real - particularly, the way my heart flutters every time that breathtaking man touches me.

We set the rules. We put the safeguards in place.

But they say rules are meant to be broken.

They probably should have added that hearts are, too.

Blind Side is a spicy fake dating college sports romance with "lessons" and opposites attract. It is a complete stand-alone.