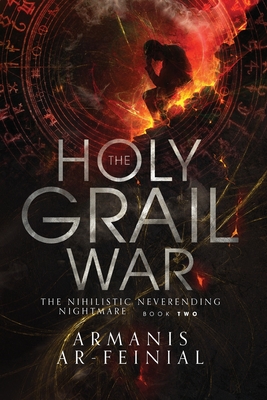 He was supposed to be dead, but the man known as Ghost still walks in the land of the living, and now he haunts those who wish to bury the terrible truth about what happened at Area 51.

Battle weary, overcome with PTSD and survivor's guilt, and manifesting strange powers, Ghost longs to put his past as a nameless military operative behind him, and begin anew under the assumed identity of Ted Anderson; a man with a history best left buried.

But it seems that Ghost's past isn't ready to be forgotten when a chance encounter brings him face-to-face with Jeff Clemens, a dangerous individual who knows his true identity and the baggage that goes along with it.

As a soldier of the Black Eagle Mercenary company, Clemens thought that he had ended Ghost's life at the end of a rifle. But now his former quarry threatens the life Clemens currently knows, and he only sees one option: Ghost must die. And he isn't the only one who hopes to see Ghost's life ended, as the haunted veteran is doggedly pursued by a more powerful foe, an international group of casters and wielders of magic, sworn to protect the world from those who have the capabilities to destroy it.

With World War III now looming on America's Borders, and threats lurking in every darkened shadow, the life that Ghost thought he could leave behind isn't ready to remain buried in the desert sands, as he realizes that he must revert back to the killer that he once was, to protect what he now holds dear.