On the Line (Paperback) 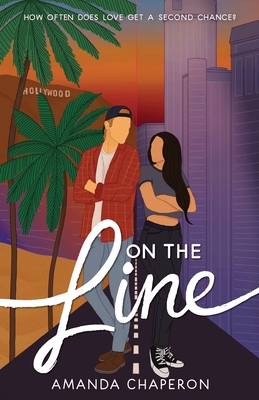 On the Line (Paperback)

Two years ago, professional hockey player Mitch Frambough and headhunter Lexie Monroe met on a late-October night and sparks flew. They fell hard for each other, and everyone thought they were endgame.

But now they're not together.

In fact, they don't even live in the same state.

When Mitch was traded from the Warriors to the Los Angeles Knights, his entire life changed with one phone call. His relationship with Lexie was in ruins, and the only way he could prevent further heartbreak was to leave Michigan without a backwards glance. Except, when his life is once again upended in a split second, he finds himself back in the Mitten. Surprisingly, everyone welcomes him home with open arms. Everyone except the one person he desperately wants: Lexie.

Lexie has never believed in love, and for good reason. The one time she gave it a shot-her relationship with Mitch-it ended in disaster. Now she's washed her hands of the whole thing: love, relationships, him. Having him clear across the country helped. But when he returns to Detroit, everyone in her life is begging her to give him another chance. The only problem is Mitch doesn't seem interested. Plus, she'd be stupid to let him close enough to break her again.

Call it karma or the gods or fate, but something has drawn these two back together. And now it's time for them to choose: either they put their hearts on the line again, or they walk away for good this time.

After all, how often does love get a second chance?