For the Boys (Paperback) 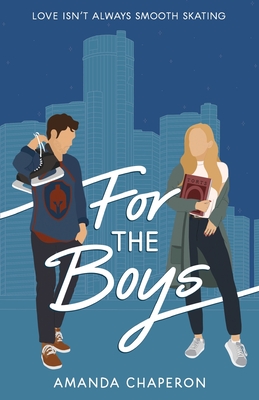 For the Boys (Paperback)

Berkley Daniels is a no one special. Sure, she's going to be a kick ass lawyer soon, but otherwise she's your average 20-something. Since she started law school, the promise of her career has sustained her, no man necessary. She has great friends, a family that adores her, and a love of Detroit Warriors hockey.

Brent Jean is a professional hockey player for the Warriors. He's young, single, and living a charmed lifestyle. He has everything he could ever want and yet, something is missing. He's ready to settle down, and when he first lays eyes on Berkley, he can't help feeling she could be the one.

Too bad she won't give him the time of day.

When he finally gets her attention, she's less than impressed. But she doesn't say no when he asks her out.

Things between them heat up quickly, but dating a hockey player isn't always smooth skating, and both of them have some serious emotional baggage. Will they be able to find a way to work through those hang ups to save their relationship, or will they lose each other forever?