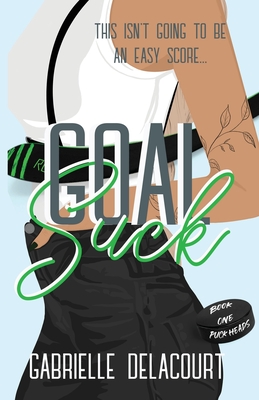 A meeting by chance, a bet between two strangers, and an opportunitiy to find a forever love... Is she worth the risk?

Dakota Easton hates hockey players. It's a personal vendetta, but after being hurt in the past, she's not willing to risk it happening again.

But then she meets Wyatt Alexander Lane, star defenseman for the Raleigh Riders, and she finds herself questioning whether her rules are worth it.

Wyatt vows to show Dakota that not all hockey players are the same, and Dakota has to learn that trusting someone again will be a leap of faith she wasn't prepared for.

Dakota and Wyatt have to fight against the futures they had assigned themselves and decide whether what they have is worth it.

Just don't expect this one to be an easy score...