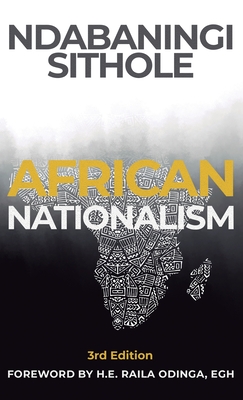 What was the fight for Africa's independence all about? Was it just about majority rule? Was it to replace foreign economic and political systems with home-grown African systems or for Africa to remain with and/or adopt foreign systems? In "African Nationalism", the late African freedom fighter Reverend Ndabaningi Sithole presents a compelling account of why Africans sought their independence and his vision of a system that would be ideal for Africa's governance.

Should the continent seek to retain relations and model its rule after the Western capitalist democracies, or venture out East?

If the ontology of African nationalism is inherently rooted in its opposition to European colonialism, what then is the African nation in the postcolonial era?

These are but some of the pressing questions that Reverend Ndabaningi Sithole, puts before the contemporary readers of thi book, now as he first did in 1959.

The compelling purpose of this book is to:

Perhaps, most compelling of all, "African Nationalism" drives the point that this fight is not an optional undertaking.

It is a must if Africa is to take its rightful place as the richest continent on earth in terms of resources and as the future global leader in safeguarding the wellbeing of its people and the human race as a whole in centuries to come.

As the foreword states, "It is a book worth keeping, with counsel worth seeking."