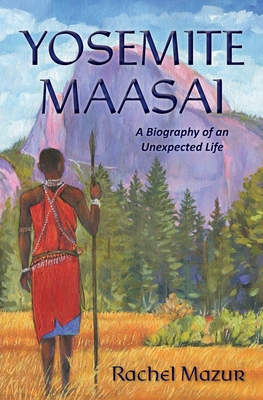 What moments define the path of one's life?

Yosemite Maasai is the biography of one man's remarkable journey to find his true self. This story of luck, love, and resilience will inspire anyone who is struggling to make sense of the path their own life is taking.

As the first-born son of the Maasai village chief, Olotumi Laizer knew the path his life would take. He would be raised separately from his sisters, be circumcised as a teenager, spend his warrior years protecting cattle with his brothers, marry multiple wives, and conceive dozens of children. But then, at age ten, a chance event exposed him to the outside world.

Although Laizer continued to participate in traditional Maasai rites of passage including ceremonial circumcision and warriorhood, he began questioning the central tenets of his culture. Eventually, Laizer's questions culminated in a showdown with his father, who cursed him with death. Undaunted, Laizer continued down a path of change and growth, taking him from Tanzania to Yosemite National Park and back again.