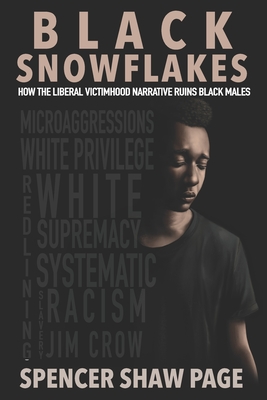 
Usually Ships in 1-5 Days
(This book cannot be returned.)
Mary Ellen Pleasant and William Henry Ellis. What do these two have in common? They were both former slaves who became millionaires. Back then, Black entrepreneurs had to worry about slave catchers and lynch mobs. Today, "microaggressions" and "racial trauma" are enough to discourage young Blacks...according to liberals. Jeremiah G. Hamilton, another Black millionaire of the 19th century, was almost lynched in front of his wife and daughter when angry rioters appeared at his doorstep. While living in New York, Hamilton was making millions of dollars as a broker, doing business with White people, while married to a White woman, DURING the Civil War. If there was ever a time where "systematic racism" was a thing, it certainly would've been directed toward this man. Yet, in 1875, he became the richest Black man in America with a fortune of over $250 million. One often wonders what these great heroes would think of the current state of liberal media. Young Black students are taught to find emotional support from White "allies" while simultaneously demonizing their "whiteness." They're told to seek help for any "racial trauma" they may be feeling from enduring the lasting effects of "institutional racism." They're told that, no matter how successful they become, the cards are always stacked against them because of their skin-color. They're segregated into "safe-spaces" to cry on each other's shoulders. All while we are living as the richest group of Blacks who have ever lived on this planet. Our ancestors would be ashamed of us. They would expect more of us. To say our current struggles rival theirs is ridiculous. Yet there were still many Blacks throughout history who managed to become successful in the teeth of Slavery and Jim Crow. What excuses could we possibly have today? Black Snowflakes provides a brand-new perspective for those Americans who still believe it is impossible for Blacks to be successful unless they get (to quote Colin Kaepernick) that "White man's stamp of approval."
It is my hope that this book serves to inspire Young Black males to change their hearts and minds to espouse the values that have made this nation the greatest in the world. I hope you enjoy Black Snowflakes: How the Liberal Victimhood Narrative Ruins Black Males. About the Author Spencer Shaw Page is an African American writer & blogger. The University of Central Florida is his alma mater. Through his writing, he hopes to inspire other young Blacks to take control of their own destinies and to espouse the values that have sustained this great nation.