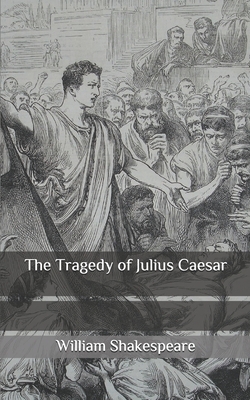 
Email or call for price
In this striking tragedy of political conflict, Shakespeare turns to the ancient Roman world and to the famous assassination of Julius Caesar by his republican opponents. The play is one of tumultuous rivalry, of prophetic warnings-'Beware the ides of March'-and of moving public oratory-'Friends, Romans, countrymen ' Ironies abound and most of all for Brutus, whose fate it is to learn that his idealistic motives for joining the conspiracy against a would-be dictator are not enough to sustain the movement once Caesar is dead.Hence home, you idle creatures get you home: Is this a holiday? what know you not, Being mechanical, you ought not walkUpon a labouring day without the signOf your profession? Speak, what trade art thou?First CommonerWhy, sir, a carpenter.MARULLUSWhere is thy leather apron and thy rule?What dost thou with thy best apparel on?You, sir, what trade are you?Second CommonerTruly, sir, in respect of a fine workman, I am but, as you would say, a cobble.