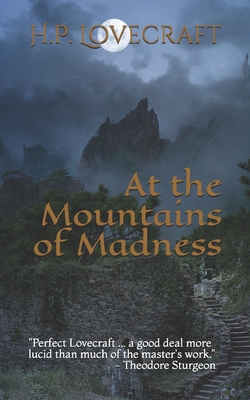 
Email or call for price
Geologist William Dyer, a professor at Arkham's Miskatonic University, hopes to prevent an important and much publicized scientific expedition to Antarctica. Throughout the course of his explanation, Dyer relates how he led a group of scholars from Miskatonic University on a previous expedition to Antarctica, during which they discovered ancient ruins and a dangerous secret, beyond a range of mountains higher than the Himalayas. A small advance group, led by Professor Lake, discovers the remains of fourteen prehistoric life-forms, previously unknown to science, and also unidentifiable as either plants or animals. Six of the specimens have been badly damaged, while another eight have been preserved in pristine condition. The specimens' stratum places them far too early on the geologic time scale for the features of the specimens to have evolved. Some fossils of Cambrian age show signs of the use of tools to carve a specimen for food. "At the Mountains of Madness" was serialized in the February, March, and April 1936 issues of Astounding Stories.