The Hidden Language of God: How to Find a Balance Between Freedom and Responsibility (Paperback) 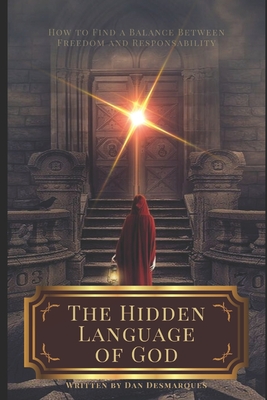 The Hidden Language of God: How to Find a Balance Between Freedom and Responsibility (Paperback)


Usually Ships in 1-5 Days
(This book cannot be returned.)
The life of a human being is composed of several dynamics in permanent interaction. Some have named them alchemy and, others, sacred geometry.Whatsoever is the term applied, it is formed under the same principles.These dynamics are the core of the reality we experience, both inwards and outwards, leading towards what is called manifestation or occult magic. They are also the root cause behind our own identity and thought patterns.The shape and direction of the dynamics is presented in our emotions and the interactions we form on a daily basis, because they interfere with our aura and the predominant energy that we are exteriorizing, even without knowing. Nobody, not even those who don't believe in these divine laws, are immune to them. And the prove of such, comes in the form of dreams that, quite often, reveal the inner world we try to hide from ourselves.Along this line of thought, this book intends to show you how all of these dynamics interact with one another, by describing how they manifest from different angles. In knowing this, you will be able to have more control over your life and destiny, quite simply, because they are systematically repeated in the different methods of fortunetelling, and despite the differences between human beings and their own nature.The understanding of this knowledge is of a tremendous importance for those who wish to transcend their spiritual nature and acquire a higher level of consciousness.