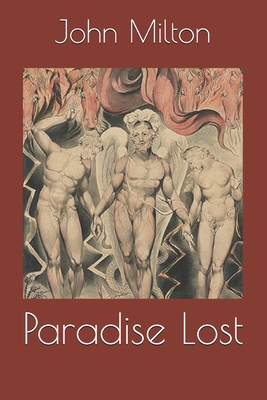 
Email or call for price
John Milton's Paradise Lost is one of the greatest epic poems in the English language. It tells the story of the Fall of Man, a tale of immense drama and excitement, of rebellion and treachery, of innocence pitted against corruption, in which God and Satan fight a bitter battle for control of mankind's destiny. The struggle rages across three worlds - heaven, hell, and earth - as Satan and his band of rebel angels plot their revenge against God. At the center of the conflict are Adam and Eve, who are motivated by all too human temptations but whose ultimate downfall is unyielding love. Marked by Milton's characteristic erudition, Paradise Lost is a work epic both in scale and, notoriously, in ambition. For nearly 350 years, it has held generation upon generation of audiences in rapt attention, and its profound influence can be seen in almost every corner of Western culture.John Milton was an English poet, polemicist, man of letters, and a civil servant for the Commonwealth of England under Oliver Cromwell. He wrote at a time of religious flux and political upheaval, and is best known for his epic poem Paradise Lost. Milton's poetry and prose reflect deep personal convictions, a passion for freedom and self-determination, and the urgent issues and political turbulence of his day.