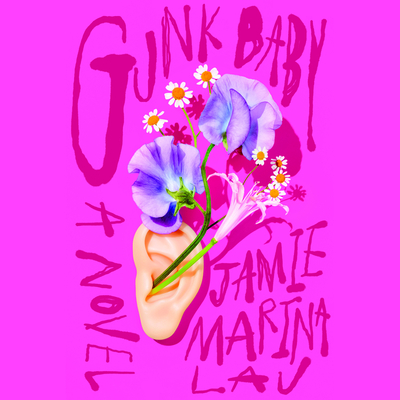 Twenty-four-year-old Leen is going to open an ear-cleaning and massage studio in the Topic Heights Shopping Centre, taking her mother's Chinese ritual to the West to bring people back to their bodies.

But something is not quite right in Par Mars. Managers are being attacked, and when Leen befriends Jean Paul, a pharmacist who is obsessed with a cryptic online forum, she finds herself involved in a community that is intent on disrupting the routines of capitalism in increasingly troubling ways.

With a fierce intellect and masterful storytelling, Jamie Marina Lau brings to life a world that is devastatingly close to our own. Taking aim at consumerism and class, orientalism and the Zen movement, violence and middle-class boredom, Gunk Baby is inventive, unforgettable, and from a voice younger, newer, and more critical than most.