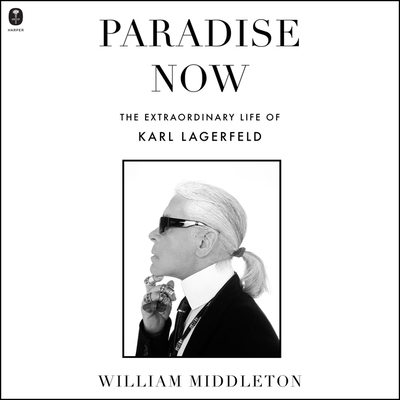 The definitive biography of fashion icon Karl Lagerfeld, written by journalist and author William Middleton, who knew the designer in Paris.

In February 2019, the world lost one of its most enduring cultural icons, Karl Lagerfeld, the creative director for the storied House of Chanel for thirty-five years. Larger than life, Lagerfeld was legendary not only for reinventing Chanel; and creating constant fashion excitement at Chlo , Fendi, and his eponymous brand; but also for his vivid personal style, including his signature uniform of dark sunglasses and a powdered white ponytail. And then there was his utter devotion to his cat, Choupette.

Journalist and author William Middleton spent years working in Paris for Women's Wear Daily, W, and Harper's Bazaar. During his time in Paris, he interviewed and socialized with Lagerfeld, coming to see a side of the designer that he kept private from the world.

In this deliciously entertaining book, Middleton takes us inside the most exclusive rooms in the fashion industry, behind the catwalk, and into a world of brilliantly talented artists, stylish socialites, and famous stars--some of the most elusive and unforgettable figures of fashion's inner circle for the past four decades.