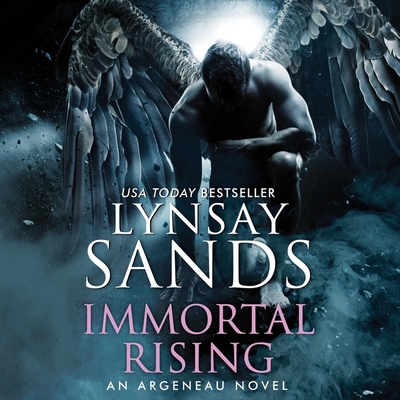 This is book number 34 in the Argeneau series.

The Argeneaus are back Filled with love, passion, and adventure, New York Times bestselling author Lynsay Sands returns with another sexy romance about everyone's favorite immortals.

Stephanie McGill was attacked and turned when she was just a teenager. Worse, her abilities are unlike any other immortal. Now thirteen years later, with the help of her adopted Argeneau family, Steph has carved out a new--if not lonely--life for herself. Until a new neighbor arrives ...

Thorne is also one-of-a-kind. The result of a genetic experiment, he's not an immortal, but he's not mortal either. He's looking for a place to hide, to get some peace and quiet so he can figure things out, and Stephanie's sanctuary is perfect. In fact, Stephanie is perfect. For the first time, Thorne is free to be himself and he's falling for her.

But if they're going to have a future together, they'll first need to deal with their past ... because the mad scientist who created Thorne is now after Stephanie.