I'll Take Your Questions Now: What I Saw at the Trump White House (Compact Disc) 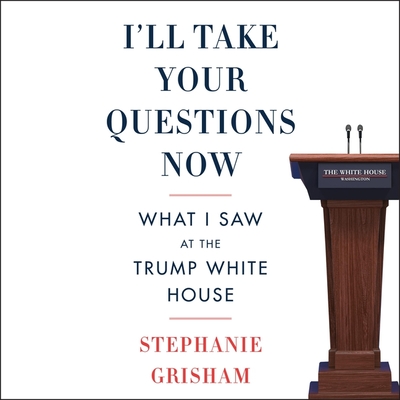 I'll Take Your Questions Now: What I Saw at the Trump White House (Compact Disc)

Stephanie Grisham rose from being a junior press wrangler on the Trump campaign in 2016 to assuming top positions in the administration as White House press secretary and communications director, while at the same time acting as First Lady Melania Trump's communications director and eventually chief of staff. Few members of the Trump inner circle served longer or were as close to the first family as Stephanie Grisham, and few had her unique insight into the turbulent four years of the administration, especially the personalities behind the headlines.