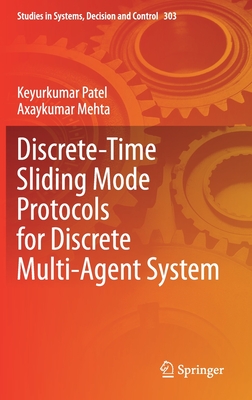 Keyurkumar Patel obtained his M.Tech. degree from Nirma University, Ahmedabad, in 2014. Currently, he is pursuing his Ph.D. degree at Institute of Infrastructure Technology Research and Management (IITRAM), Ahmedabad in the broad area of control and robotics. Prior to joining IITRAM, he has worked as an Assistant Professor at the SVBIT, Gujarat Technological University, from 2014 to 2016. He has also worked as an Engineer at Instrumentation Ltd., a PSU under the Ministry of Heavy Industry. His research interests include co-operative control of multi-agent systems, nonlinear sliding mode controls and observers, sliding mode control applications in electrical engineering, and networked control of multi-agent systems. He has published several research papers in peer-reviewed international journals and conference proceedings, and is an active student member of the IEEE.Axaykumar Mehta received the Ph.D. degree in 2009 from Indian Institute of Technology Bombay. He is currently an Associate Professor in Electrical Engineering at the Institute of Infrastructure Technology Research and Management, Ahmedabad. Prior to that, he was Director of Gujarat Power Engineering and Research Institute, Mehsana, Gujarat. He has published more than 88 research articles and book chapters in reputed journals, conference proceedings, and books. He has authored 3 monographs on sliding mode control and edited 3 conference proceedings with Springer Nature Singapore. He has also published 5 patents at the Indian Patent Office Mumbai. He is an advisor for the Design Lab project and Robotics museum at Gujarat Council on Science and Technology, Government of Gujarat. His research interests include networked sliding mode control, control of multi-agent systems and its applications. Dr. Mehta received the Pedagogical Innovation Award from Gujarat Technological University (GTU) in 2014, and Dewang Mehta National Education Award in 2018. He is a senior member of the IEEE, member of the IEEE Industrial Electronics Society (IES) and Control System Society (CSS), and a life member of the Indian Society for Technical Education (ISTE), Institute of Engineers India (IEI), and Systems Society of India (SSI).