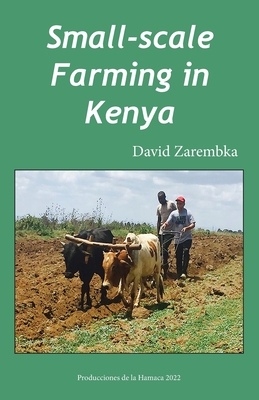 The late David Zarembka published 646 Reports from Kenya from January, 2009, to March 12, 2021. The last 396 of these, beginning with October 5, 2013, are posted at the Google Group, "Reports from Kenya." Small-Scale Farming in Kenya is a collection of these "Reports" that explore small-scale farming as practiced in and around Lumakanda, Kenya, where he lived. "Small-scale farmers make up the large majority of the farmers of the world. They produce an estimated 70 to 80 percent of the food in the world. They will be the ones who will increase food production by at least 50 percent to feed the assumed 10 billion people living on earth in 2050."