The War in Ukraine's Donbas: Origins, Contexts, and the Future (Hardcover) 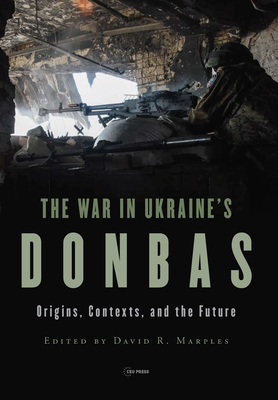 The War in Ukraine's Donbas: Origins, Contexts, and the Future (Hardcover)

This collective work analyzes the ongoing conflict in Ukraine, providing a coherent picture of Ukraine and Eastern Europe in the period 2013-2020. Giving voice to different social groups, scholarly communities and agencies relevant to Ukraine's recent history, The War in Ukraine's Donbas goes beyond simplistic media interpretations that limit the analysis to Vladimir Putin and Russian aims to annex Ukraine. Instead, the authors identify the deeper roots linked to the autonomy and history of Donbas as a region. The contributions explore local society and traditions and the alienation from Ukraine caused by the events of Euromaidan, which saw the removal of the Donetsk-based president Viktor Yanukovych. Other chapters address the refugee crisis, the Minsk Accords in 2014 and the impact of the new president Volodymyr Zelensky and his efforts to bring the war to an end by negotiations among Russia, Ukraine, France, and Germany.

The book concludes with four proposals for a durable peace in Donbas: territorial power-sharing; the conversion of rebels into legitimate political parties; amnesty for all participants of the armed conflict; and a transitional period of several years until political institutions are fully re-established.

David R. Marples is Distinguished University Professor in the Department of History and Classics at the University of Alberta, Canada.