The Other Shore: Plays (Paperback) 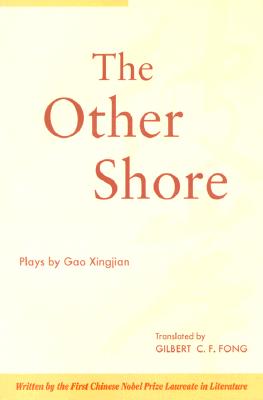 The Other Shore: Plays (Paperback)

When Gao Xingjian won the Nobel Prize for Literature in 2000, he became the only Chinese writer to achieve such international acclaim. The Chinese University Press is the first publisher of his work in the English language. Indeed, The Other Shore is one of the few works by the author available in English today. "The Other Shore: Plays by Gao Xingjian" contains five of Gao's most recent works: "The Other Shore" (1986), "Between Life and Death" (1991), "Dialogue and Rebuttal" (1992), "Nocturnal Wanderer" (1993), and "Weekend Quartet" (1995). With original imagery and in beautiful language, these plays illuminate the realities of life, death, sex, loneliness, and exile. The plays also show the dramatist's idea of the tripartite actor, a process by which the actor neutralizes himself and achieves a disinterested observation of his self in performance. An introduction by the translator describes the dramatist and his view on drama.

Born and educated in China, Gao studied French literature at the Beijing Foreign Languages Institute between 1957-1962. He became a resident playwright at the Beijing People's Art Theatre after the Cultural Revolution. His plays have been performed all around the world, including China, Hong Kong, Taiwan, Japan, Australia, the Ivory Coast, the United States, France, Germany and other European countries. The Other Shore was banned in China in 1986 and since then none of his plays have been performed there. He settled in France in 1987 where he was awarded the Chevalier de l'Ordre des Arts et des Lettres by the French Government in 1992. He won the Nobel Prize for Literature in 2000.Gilbert C. F. Fong is an associate professor in the department of translation at The Chinese University of Hong Kong and is heading a research project on the history of Hong Kong drama. He is also the editor of the monographs Studies on Hong Kong Drama and Plays from Hong Kong, and of the journal Hong Kong Drama Review.