Remetz: Resistance Fighter and Survivor of the Warsaw Ghetto (Paperback) 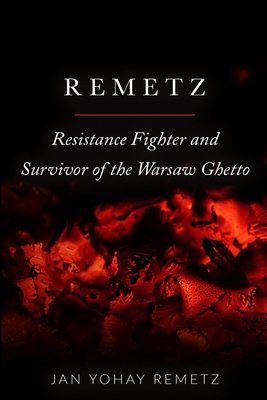 Remetz: Resistance Fighter and Survivor of the Warsaw Ghetto (Paperback)

A Resistance Fighter's Cry for Freedom

Growing up in an assimilated Jewish family, Jan Piechocki - later Yohay Remetz - lived a peaceful and humble life in Warsaw. Yet when the brutal Nazi Regime grew in power, all hell broke loose, resulting in Jan's entrapment in the Warsaw Ghetto together with his mother and brother.

Struggling to survive as a rickshaw driver in the ghetto, Jan escapes his harrowing and destitute environment in July 1942 before it is ruthlessly liquidated, sealing the fate of his family. Jan later finds himself in the Aryan side of Warsaw, where he ensures his own survival by seeking refuge in several hiding places, taking on a fake Aryan identity, and using this identity to become recruited as a sentry in a German Air-Force airfield. The narrative follows his ingenious methods at outsmarting his enemies and his courageous efforts to fight against Nazi brutality when he joins the Polish resistance movement.

Remetz is an enthralling memoir about hope and survival; it teaches us about the resilience of the human spirit despite the trauma it endures. Remetz commemorates Jan's outstanding bravery and honors the history of Warsaw's Jewry.