Land of Many Bridges: My Father's Story (Paperback) 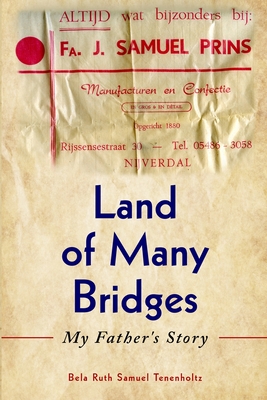 Land of Many Bridges: My Father's Story (Paperback)

As the threat of Nazi violence against the Jews of Overijssel grows, David Simon Samuel ties a knot in the corner of his huge red handkerchief to remind him of the "inner whisper" warning him against the danger of Hitler. This marks the beginning of the horrifying years endured by David and his family.

Bela Ruth Samuel Tenenholtz's memoir recounts her family's suffering during WWII, often reflecting on the long-lasting trauma and fissures caused by this event. From her two-year-old sister's bleached hair, her parents' immense feeling of survival guilt, and a daring escape from Camp Westerbork, the memoir spares no detail in sharing her family's victories and failures.

Told from the perspective of five family members, Land of Many Bridges is a riveting novel that tells the true story of the Samuel family as they forge a path to survival, often separated but always together in spirit. The author honors her family's struggle and imparts an important history about the Holocaust in Holland.