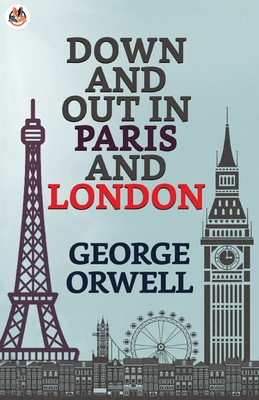 
Usually Ships in 1-5 Days
(This book cannot be returned.)
Orwell is well-known for his novels: 1984 and a satire, Animal Farm. Down and Out in Paris and London is his memoir where he pens down his life as a penniless writer in two cities: Paris and England. Through his beautiful phrases, meticulous, honest, and vivid experiences of searching for work and spending nights on benches, he blends the testimonies of others of his kind on the streets of London and Paris. The book both illuminates the huge change between 1933 and now, and exposes horrifying similarities. Job insecurity is still a major driver of homelessness nearly 90 years later. This is just an important read now as it was back then.