Down and Out in Paris and london (Paperback) 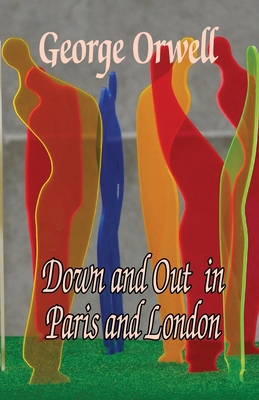 Down and Out in Paris and london (Paperback)


Usually Ships in 1-5 Days
(This book cannot be returned.)
"Poverty is what I am writing about". In the late 1920s, Eric Blair resigned his post as a colonial policeman in Burma, immersed himself in the slums of Paris and London, and reinvented himself as George Orwell, one of the most revered prose stylists in the English language. Orwell decided to write about the lives of the poor - the dishwashers of Paris, the tramps of London - not by imagining poverty, but by experiencing poverty. The result is a book which is as provocative and incisive about class inequalities, homelessness, and social prejudices today as it was when it was first published in 1933. Down and Out in Paris and London was George Orwell's first book, and it remains a masterpiece of prose writing. This edition is accompanied by an introduction which examines Orwell's book for its literary, social, and political significance. ABOUT THE SERIES: For over 100 years Oxford World's Classics has made available the widest range of literature from around the globe. Each affordable volume reflects Oxford's commitment to scholarship, providing the most accurate text plus a wealth of other valuable features, including expert introductions by leading authorities, helpful notes to clarify the text, up-to-date bibliographies for further study, and much more.

George Orwell John Brannigan is Professor of English and Head of the School of English, Drama and Film at University College Dublin. He is the author of several books on modern Irish and British literature, including Archipelagic Modernism: Literature in the Irish and British Isles, 1890-1970 (2015), Race in Modern Irish Literature and Culture (2009), and Orwell to the Present: Literature in England, 1945-2000 (2003). He has also authored books on the work of Pat Barker and Brendan Behan. He was editor of the Irish University Review from 2010 to 2016.