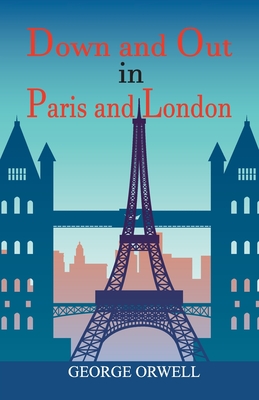 
Usually Ships in 1-5 Days
(This book cannot be returned.)
"A plongeur is a slave, and a wasted slave, doing stupid and largely unnecessary work. He is kept at work, ultimately, because of a vague feeling that he would be dangerous if he had leisure. And educated people, who should be on his side, acquiesce in the process, because they know nothing about him and consequently are afraid of him." "It is worth saying something about the social position of beggars, for when one has consorted with them, and found that they are ordinary human beings, one cannot help being struck by the curious attitude that society takes towards them. People seem to feel that there is some essential difference between beggars and ordinary 'working' men. They are a race apart--outcasts, like criminals and prostitutes. Working men 'work', beggars do not 'work'; they are parasites, worthless in their very nature. It is taken for granted that a beggar does not 'earn' his living, as a bricklayer or a literary critic 'earns' his. He is a mere social excrescence, tolerated because we live in a humane age, but essentially despicable.
George Orwell John Brannigan is Professor of English and Head of the School of English, Drama and Film at University College Dublin. He is the author of several books on modern Irish and British literature, including Archipelagic Modernism: Literature in the Irish and British Isles, 1890-1970 (2015), Race in Modern Irish Literature and Culture (2009), and Orwell to the Present: Literature in England, 1945-2000 (2003). He has also authored books on the work of Pat Barker and Brendan Behan. He was editor of the Irish University Review from 2010 to 2016.