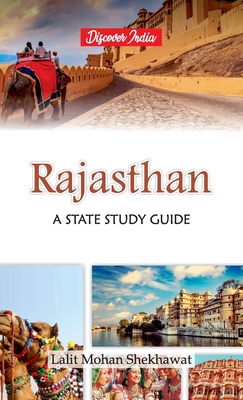 Rajasthan which is also known as the "Land of Maharajas" is the largest state of India, covering an area of about 342,239 sq. km. It comprises of 33 districts and its largest city is Jaipur, which is also its capital. Being located on the western side of the country, it shares its border with Pakistan to its northwest and to the west it shares its border with Sindh. Rajasthan is a land of history and romance. It has always played a pivotal role in boosting the arts and culture of India and is deservedly a tourists' paradise of India.

The echo of the changing swords and the beat of war drums is ever present, but the thunks of the sculptor's chisel, the rustle of a painter's brush, the melody of a musicein's notes and the jingle of the dancer's anklets have also been heard here. Some of its major architectural wonders include Chittorgarh fort - the largest fort in Asia, Mehrangarh Fort at Jodhpur, Jaipur "The Pink City" houses a number of well known tourists spots which include Hawa Mahal (Palace of Winds), Lake Palace, City Palace, Amber Palace, Jantar Mantar, Umaid Bhawan in Jodhpur, Jaisalmer Fort in Jaisalmer and many more. A History of Rajasthan uses various archival, epigraphical, numismatical, architectural, archaeological, and art-history related information as well as traditional narratives, and oral and written chronicles, to provide a general overview of aspects like literature, religion, art and architecture, position of women, socio-economic conditions'.