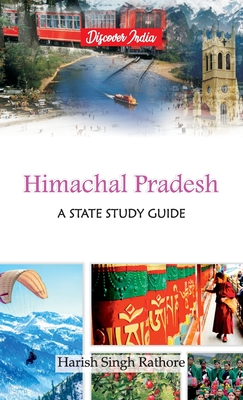 Himachal Pradesh is a state in northern part of India. Situated in the Western Himalayas, it is bordered by states of Jammu and Kashmir on the north, Punjab on the west, Haryana on the southwest, Uttarakhand on the southeast, and Tibet on the east. At its southernmost point, it also touches the state of Uttar Pradesh. The state's name was coined from the Sanskrit-Him means 'snow' and achal means 'land' or 'abode'-by acharya Diwakar Datt Sharma, one of the state's eminent Sanskrit scholars. Himachal is a mosaic of different cultures. It is inhabited by one of the most colourful people whose culture is as richly diverse and fascinating as the landscape. The developmental activities such as industrialization, road construction, hydropower projects, horticulture, urbanization, mining and growth of tourism have gradually transformed the state, though the issues of environmental pollution, resource depletion and increasing incidences of natural hazards such as cloudbursts, flash floods, land-slides and erratic weather conditions are causing serious concerns. This is the first comprehensive volume to appear on the Art and Architecture of Himachal Pradesh, and it includes sections on Hindu and Buddhist Architecture in the Western Himalaya Sculpture bronzes, woodcarving Pahari painting and Chamba Rumals.

It contains also an extensive and invaluable bibliography and an equally invaluable list of temples the most complete so far undertaken the author having obtained the name location and style of each shrine from the relevant district officers stationed throughout the state. The book enlightens and refreshes the readers by providing an insight into this wonderful state.