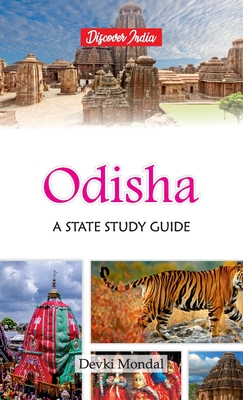 Odisha is one of the 29 states of India. Located in eastern India, it is surrounded by the states of West Bengal to the north-east, Jharkhand to the north, Chhattisgarh to the west and north-west, and Andhra Pradesh to the south. Odisha has 485 kilometres (301 mi) of coastline along the Bay of Bengal on its east, from Balasore to Ganjam. It is the 9th largest state by area, and the 11th largest by population. It is also the 3rd most populous state of India in terms of tribal population. Odia (formerly known as Oriya) is the official and most widely spoken language, spoken by 33.2 million according to the 2001 Census. The main parties active in the politics of Odisha are the Biju Janata Dal, the Indian National Congress and Bhartiya Janata Party.

Following the Odisha State Assembly Election in 2014, the Naveen Patnaik-led Biju Janata Dal stayed in power for the fourth consecutive term. The Government of Odisha and its 30 districts consists of an executive, led by the Governor of Odisha, a judiciary, and a legislative branch. Like other states in India, the head of state of Odisha is the Governor, appointed by the President of India on the advice of the Central government. His or her post is largely ceremonial. This book will, undoubtedly, deepen our understanding of the economic prosperity and deterioration of Orissa in her past. It is hoped that every one interested in the economic history of Orissa will find this work quite informative and illuminative.