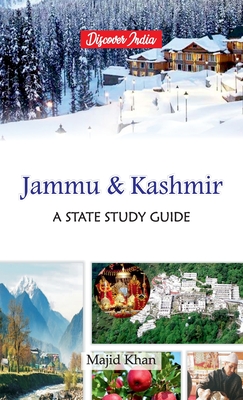 All the three regions of Jammu and Kashmir state viz., Jammu, Kashmir and Ladakh have contributed significantly to the development of the state. But due to lack of data no concerted efforts were made to analyse the role of different sectors in the development of the state economy. Jammu and Kashmir is a state in northern India, often denoted by its acronym, J&K. It is located mostly in the Himalayan mountains, and shares borders with the states of Himachal Pradesh and Punjabto the south. The Line of Control separates it from the Pakistani-administered territories of Azad Kashmir and Gilgit-Baltistan in the west and north respectively, and a Line of Actual Control separates it from the Chinese-administered territory of Aksai Chin in the east. The state has special autonomy under Article 370 of the Constitution of India. From Jammu and Kashmir's accession to India in 1947 to the various negotiations thereafter;

Sheikh Abdullah's arrest to the framing of the Constitution of Jammu and Kashmir and the replacement of Sadar-i-Riyasat, this book impeccably documents the little-known constitutional history of the state. The picturesque valley of Kashmir situated on the northern extremity of India, occupies a position of unique and strategic importance in the sub-continent of India. It excels in beauty, art, architecture, culture and tradition, rivers, mountains, flora and fauna than several regions of the world.This book will prove useful and informative to the planners, policy makers in the government and to social researchers, students in academics.