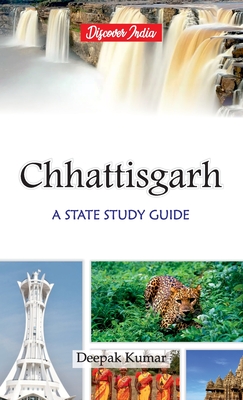 Chhattisgarh, state of east-central India. It is bounded by the Indian states of Uttar Pradeshand Jharkhand to the north and northeast, Odisha (Orissa) to the east, Telangana (formerly part of Andhra Pradesh) to the south, and Maharashtra and Madhya Pradesh to the west. Its capital is Raipur. Area 52,199 square miles (135,194 square km). The state was formed on 1 November 2000 by partitioning 10 Chhattisgarhi and 6 Gondi speaking southeastern districts of Madhya Pradesh. The capital city is Raipur. Chhattisgarh borders the states of Madhya Pradesh in the northwest, Uttar Pradesh in the north, Jharkhand in northeast, Maharashtra in the southwest, Telangana and Andhra Pradesh in the south, Odisha in the southeast. Currently the state comprises 27 districts.