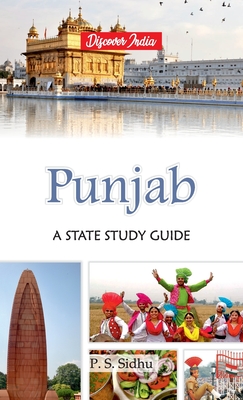 Punjab, the land of five rivers and integrated cultural history is a treasure trove for an avid tourist. This land of the great gurus not only boasts of ancient monuments but throbs also with historical embodiments. Punjab is a state in northern India. Forming part of the larger Punjab region of the Indian subcontinent, the state is bordered by the Indian states of Jammu and Kashmir to the north, Himachal Pradesh to the east, Haryana to the south and southeast, Rajasthan to the southwest, and the Pakistani province of Punjab to the west. The state covers an area of 50,362 square kilometres, 1.53% of India's total geographical area. It is the 20th-largest Indian state by area. With 27,704,236 inhabitants at the 2011 census, Punjab is the 16th-largest state by population, comprising 22 districts. Punjabi is the most widely spoken and official language of the state. The main ethnic group are the Punjabis, with Sikhs (57.7%) forming the demographic majority, followed by Hindus (38.5%). The state capital is Chandigarh, a Union Territory and also the capital of the neighboring state of Haryana.

The five rivers from which the region took its name were Sutlej, Ravi, Beas, Chenab and Jhelum; Sutlej, Ravi and Beas are part of the Indian Punjab. The capital of Punjab is Chandigarh, which also serves as the capital of Haryana and is thus administered separately as a Union Territory of India. The judicial branch of the state government is provided by the Punjab and Haryana High Court in Chandigarh. The book describes various religious places, monuments, gardens, customs, traditions, traditional outfits and ornaments, sports and famous sport personalities, music, dances and places of tourism attraction.