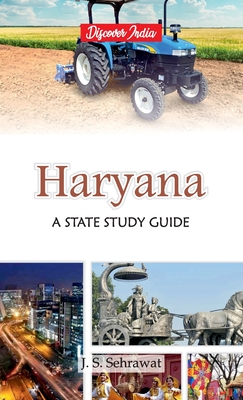 Haryana, the land of great Epic Mahabharata fame, has had a glorious history. A small state of India, Haryana played vital role in India's freedom struggle. The modern Haryana has made great strides in the field of agricultural production and dairy development. Haryana is the 17th state of India that came into being on 1st November 1966 and presently has 22 districts. Previously it was under Punjab. It is situated in the North Western region surrounded by Himachal Pradesh from North, Uttrakhand from North East, Rajasthan from the South, U.P and Delhi from East and Punjab from North West. The largest district of Haryana is Bhiwani while Panchkula is the smallest district. Panchkula, along with Mohali and Chandigarh is called Tricity. Indian traditions regard this region as the matrix of creation of northern altar' where Brahma performed the pristine sacrifice and created the universe. This theory of creation has been confirmed to a large extent by archaeological investigations carried out by Guy E. Pilgrim in 1915, who has established that 15 million years ago, early man lived in the Haryana Shivaliks.

The Vamana Purana states that King Kuru ploughed the field of Kurukshetra with a golden ploughshare drawn by the Nandi of Lord Shiva and reclaimed an area of seven Kosas.Haryana has 6 administrative divisions, 22 districts, 72 sub-divisions, 93 revenue tehsils, 50 sub-tehsils, 140 community development blocks, 154 cities and towns, 6,841 villages and 6212 villages panchayats.The present book encompasses authoritative information on the past history, society, culture and economy. These topics are categorically discussed in modern context too.