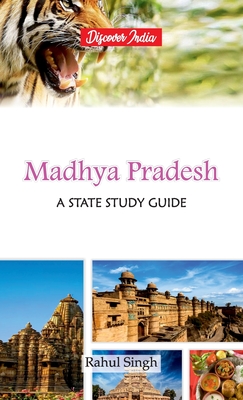 Its north-east border touches Uttar Pradesh state, north-west border touches Rajasthan, western border touches Gujarat, south-west border touches Maharashtra state and south-east border touches Chattisgarh. After Independence, all the states signed the instruments of accession in to the Indian Union & on 28th May, 1948 a new state, Madhya Bharat came into existence with Indore & Gwalior as its capital. In the north, as the result of merger of 35 princely states of Bundelkhand & Baghelkhand, Vindhya Pradesh cane into being in April 1948 & in 1952, an elected ministry was formed with Rewa as its capital. Madhya Pradesh is a state in the India. This book is endeavours to present before the readers a panoramic view of the state, its districts, places, cultures, arts and crafts, developmental policies, economy along with history of dynasties that ruled the state.