Cyber Enigma: Unravelling the Terror in the Cyber World (Hardcover) 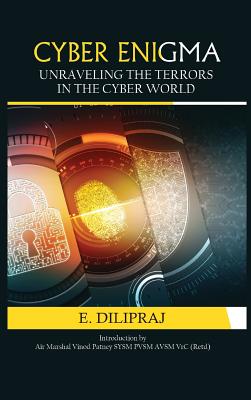 Cyber Enigma: Unravelling the Terror in the Cyber World (Hardcover)

Cyber and its related technologies such as Internet was introduced to the world only in late 1980s, and today it is unimaginable to think of a life without these all pervasive technologies. Despite being ubiquitous around the world, cyber technology is still seen as an enigma by many, mainly due to its rapid development and high level of science involved with it. In addition to the existing complexities of the technology, the level of threat matrix surrounding the cyber domain further lead to various misconceptions and exaggerations apart from elevating the complexity to a few notches above. It is evident that the world in the future is going to be fully dependent on the cyber technology and hence humans are forced to understand this complex domain in order to survive and evolve successfully as 'technological' beings.
It is in this context of understanding the enigma around the cyber domain, the book attempts to analyse and disentangle the various issues related to cyber technology. The book also attempts to unravel the various threats that terrorise the cyber world in detail by categorising them according to the perpetrators. The book aims to decrypt the cyber domain and at the same time exhibit the realities in terms of the threat vector, technological sophistication and the rapid development of the domain itself. The book also tries to present the existing reality of cyber environment in India and charts out a few recommendations and suggestions for enhancing the country's cyber security architecture. The eight chapters of the book attempts to decipher the cyber world through detailed analysis of the various issues like hacking, dark web, cyber enabled terrorism, covert cyber capabilities of countries like the US and China apart from studying the cyber environment of India.