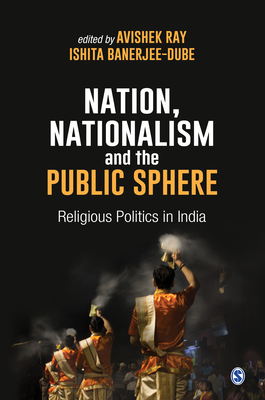 
Usually Ships in 1-5 Days
(This book cannot be returned.)
From the shaping of identities and belongings through to current reconfigurations of nation, governance and state under a Hindu-Right dispensation, this book tracks the sentiments and structures that sustain the nation and nationalism in India. Nation, Nationalism and the Public Sphere: Religious Politics in India provides wide-ranging accounts of the growth and transformations of the nation, focusing especially on the intimate interplay of nation-state and nationalism with dominant religion.

Drawing upon the perspectives of history, politics, anthropology, literature, film and media studies, this book explores key themes such as the appropriation and impact of western concepts of religion and the modern in postcolonial India and Pakistan, corporate bids to foster faith by erecting temples, formations of contemporary cosmopolitan religious imaginaries, the politics of cow protection, the rise of Narendra Modi as a national hero, and the fetish of the national in news channel debates. The book provides important insights into the success of the Hindu-Right, the discourse of religious-cultural nationalism, and their ramifications for democracy and citizenship.