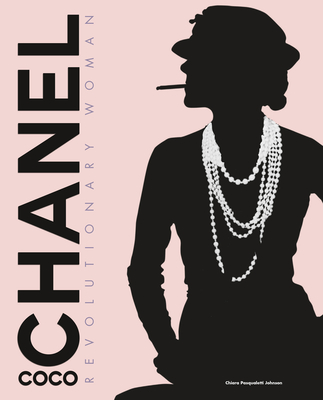 
Email or call for price
This volume celebrates a true icon 50 years after her passing, coinciding with the 100th anniversary of the timeless Chanel N 5. Coco Chanel was founder and queen of a fashion empire, and her name is forever linked to an unmistakable style. Before all this, Mademoiselle Coco was Gabrielle, a poor orphan who rejected convention and put her independence above all else. With her grit and tenacity, she made her fortune and restored freedom to women. She revolutionized the concept of feminine elegance with straight dresses and inventions that would later become icons: these were the little black dress, Chanel N 5, costume jewelry, the suit with gold buttons, and the quilted bag.

Chiara Pasqualetti Johnson is a journalist who writes on travel, art and lifestyle for the magazines "Dove" and "Bell'Italia", and for specialist publications. She is an art history graduate. She has edited books and modern art history series for Electa and Rizzoli. White Star has published her The Most Influential Women of Our Time, a volume dedicated to the most influential female figures of the twentieth century.