Leonardo Da Vinci and the Secrets of the Codex Atlanticus (Hardcover) 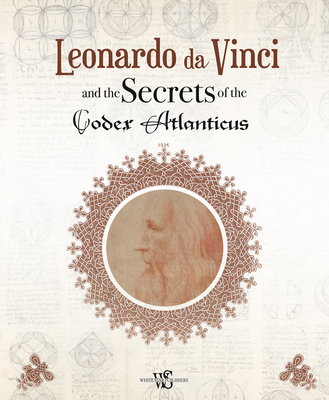 Leonardo Da Vinci and the Secrets of the Codex Atlanticus (Hardcover)


Email or call for price
Appreciate the multifaceted genius of Leonardo da Vinci with this beautiful look at his Codex Atlanticus. Nowhere is the genius of Leonardo da Vinci more evident than in the famous Codex Atlanticus, which preserves his dazzling ideas on subjects ranging from war machines and musical instruments to human anatomy and powered flight. Now, here are the finest pages of the Codex, shown in high-quality photographs that allow us to see details previously admired only by scholars. Leonardo da Vinci's work emerges with all its peerless force in this beautiful reproduction.
Marco Navoni is the Canon of the Milan Cathedral and of the Basilica of Sant'Ambrogio. Since 1991, he has been a Doctor of the Biblioteca Ambrosiana, where he is also Director of the Pinacoteca and Director of the Accademia Ambrosiana's Centro di Studi Santambrosiani. Franco Buzzi has been a member of the Biblioteca Ambrosiana's College of Doctors since 1992, and a Prefect of the same institution since 2007. He is a member of the Instituto Lombardo Accademia di Scienze e Lettere.