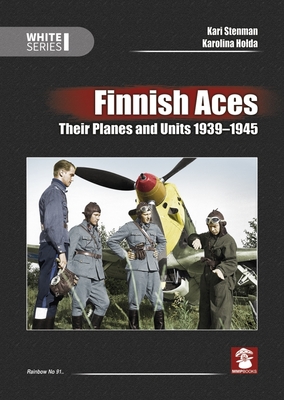 
Usually Ships in 1-5 Days
The small number of Finnish fighter pilots who defended Finland in three separate wars between 1939 and 1945 amassed scores only bettered by the Luftwaffe's pilots. Initially equipped with a mixed collection of fighters acquired from sources across the world, the Finnish Air Force was thrust into combat in the defensive Winter War against an invasion by the Soviet Union in 1939, followed by the Continuation War, together with Germany and the other Axis powers against the Soviets, in 1941-1944. The third conflict, the Lapland War against Germany, occurred in 1944-1945.

Aircraft of the famous Finnish aces are described in detail with many photos and color profiles. This book includes the aircraft of Ilmari Juutilainen, Hans Wind, and Eino Luukkanen, among others. It is an essential reading for aviation enthusiasts and scale aeromodelers.