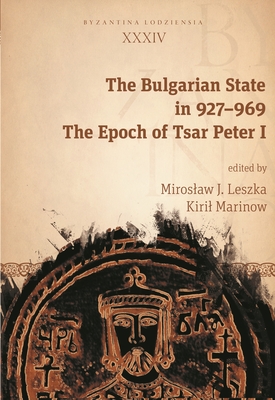 
Usually Ships in 1-5 Days
Tsar Peter (927-969), this book's protagonist, is all too frequently presented in modern scholarship as a weak ruler, devoid of any grander political aspirations, and focused on religious matters--pious, but neglecting the vital interests of his subjects. It was said that during his reign both his court and state became Byzantinized, that central authority was completely helpless in the face of Hungarian raids, and saw the spread of the Bogomilist heresy. According to the Tsar's critics, it was as a result of his ineffectual rule that Boris II, his son and successor, was unable to defend Bulgaria's sovereignty in 971. This book--the first monograph devoted to Peter--was written by Bulgarian (Miliana Kaymakamova, Georgi N. Nikolov, Angel Nikolov, and Nikolay Hrissimov) and Polish medievalists (Zofia A. Brzozowska, Miroslaw J. Leszka, Kiril Marinow, and Jan M. Wolski). Thanks to a thorough analysis of the sources and an in-depth knowledge of the literature of the subject, they have constructed a comprehensive and balanced image of the reign of their protagonist and the role he played in the history of medieval Bulgaria.