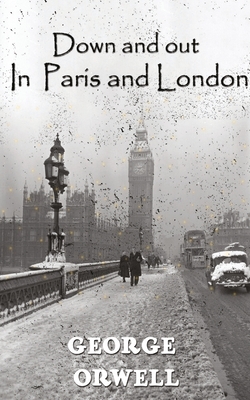 
Usually Ships in 1-5 Days
(This book cannot be returned.)
Down and Out in Paris and London is the first full-length work by George Orwell. It is a memoir in two parts on the theme of poverty in the two cities London & Paris. Written when Orwell was a struggling writer in his twenties, it documents his 'first contact with poverty'. Exposing a shocking, previously-hidden world to his readers, Orwell gave a human face to the statistics of poverty for the first time - and in doing so, found his voice as a writer.