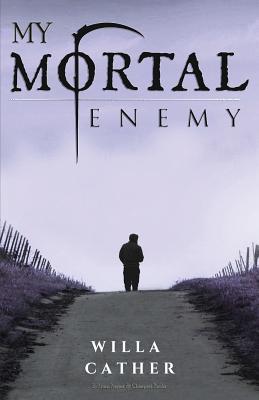 "Sometimes, when I have watched the bright beginning of a love story, when I have seen a common feeling exalted into beauty by imagination, generosity, and the flaming courage of youth, I have heard again that strange complaint breathed by a dying woman into the stillness of night, like a confession of the soul:

'Why must I die like this, alone with my mortal enemy.' "

My Mortal Enemy is the eighth novel by American author Willa Cather. It was first published in1926.

Willa Cather's protagonist in My Mortal Enemy is Myra Henshawe, who as a young woman gave up a fortune to marry for love--a boldly romantic gesture that became a legend in her family. But this worldly, sarcastic, and perhaps even wicked woman may have been made for something greater than love.

In her portrait of Myra and in her exquisitely nuanced depiction of her marriage, Cather shows the evolution of a human spirit as it comes to bridle against the constraints of ordinary happiness and seek an otherworldly fulfillment. My Mortal Enemy is a work whose drama and intensely moral imagination make it unforgettable.