No Room For Regret (Hardcover) 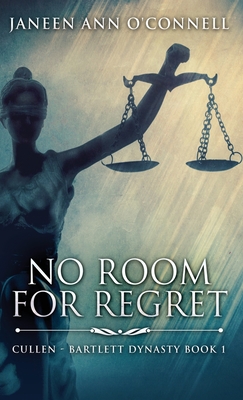 No Room For Regret (Hardcover)

The movement of the ship seals his fate. He could be sailing anywhere, anytime, but he's not, he's going to the other side of the world. He could be anyone, but he's not, he's the son of a respectable London businessman. His crime? An error of judgement. In England, in 1812, there's no forgiveness. As the ship sails, eighteen-year-old James Tedder's seven-year sentence to Van Diemen's Land begins.

Rescuing her eldest son from slave traders in Rio de Janeiro is the most difficult thing Sarah Blay has done in the last two years. Leaving England, her life, her mother, to follow her convict husband James to the other side of the world not knowing if he lives, pales in comparison.

Will lives rebuild? Will love survive?