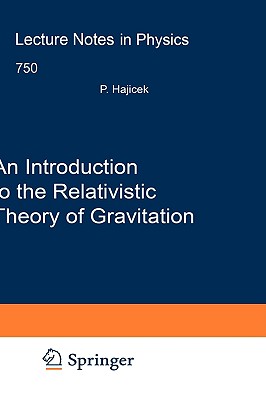 
Usually Ships in 1-5 Days
(This book cannot be returned.)
The contemporary theoretical physics consists, by and large, of two independent parts. The rst is the quantum theory describing the micro-world of elementary p- ticles, the second is the theory of gravity that concerns properties of macroscopic systems such as stars, galaxies, and the universe. The relativistic theory of gr- itation which is known as general relativity was created, at the beginning of the last century, by more or less a single man from pure idea combinations and bold guessing. The task was to "marry" the theory of gravity with the theory of special relativity. The rst attempts were aimed at considering the gravitational potential as a eld in Minkowski space-time. All those attempts failed; it took 10 years until Einstein nally solved the problem. The dif culty was that the old theory of gravity as well as the young theory of special relativity had to be modi ed. The next 50 years were dif cult for this theory because its experimental basis remained weak and its complicated mathematical structure was not well understood. However, in the subsequent period this theory ourished. Thanks to improvements in the te- nology and to the big progress in the methods of astronomical observations, the amount of observable facts to which general relativity is applicable was consid- ably enlarged. This is why general relativity is, today, one of the best experimentally tested theories while many competing theories could be disproved. Also the conc- tual and mathematical fundamentals are better understood now.