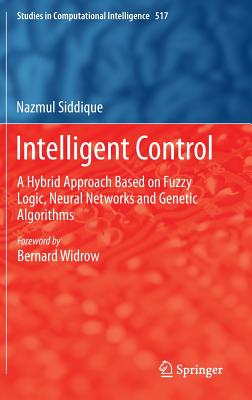 The important issue of stability is addressed and the text demonstrates empirically that the developed controller was stable within the operating range. The text concludes with ideas for future research to show the reader the potential for further study in this area.

Intelligent Control will be of interest to researchers from engineering and computer science backgrounds working in the intelligent and adaptive control.

Nazmul H. Siddique graduated from Dresden University of Technology, Germany in Cybernetics and Automation Engineering in 1989. He obtained M. Sc. Eng. in Computer Science and Engineering from Bangladesh University of Engineering and Technology (BUET) in 1995. He received his PhD in intelligent control from the Department of Automatic Control and Systems Engineering, University of Sheffield, England in 2003. He has been a Lecturer in the School of Computing and Intelligent Systems, University of Ulster at Magee, UK since 2001. Dr. Siddique's research interests relate to intelligent systems, computational intelligence, stochastic systems, Markov models, and complex systems. Dr. Siddique has published over 110 journal/refereed conference papers including 7 book chapters and co-authored two books (to be published by John Wiley and Springer verlag in 2012). He guest edited 5 special issues of reputed journals. He co-edited seven conference proceedings. He has served as committee members and chairs of a number of national and international conferences. He is an editor of the Journal of Behavioural Robotics, associate editor of Journal of Engineering Letters and member of the editorial advisory board of International Journal of Neural Systems. He is a senior member of IEEE and is on the executive committee of the IEEE SMC UK-RI Chapter.