The Moral Case for Abortion: A Defence of Reproductive Choice (Paperback) 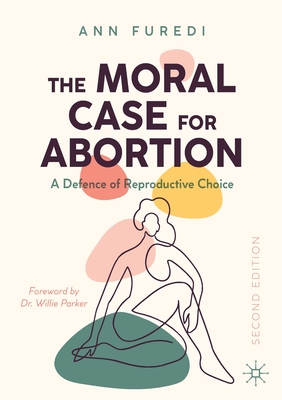 The Moral Case for Abortion: A Defence of Reproductive Choice (Paperback)

This revised and updated edition of the 2016 bestselling work sets out the moral arguments for a woman's right to decide the future of her pregnancy. Drawing on traditions of philosophical and sociological thinking, it presents the case for recognizing autonomy in personal, private decision-making about reproductive intentions. Further, it argues that to prevent a woman making this decision according to her own values is to undermine the essence of her humanity. The author explores how true respect for human life and regard for individual conscience demands that we support a woman's right to decide, and that support for her right to terminate her pregnancy has moral foundations and ethical integrity.

This second edition features a foreword by US abortion provider and reproductive justice advocate Dr. Willie Parker, as well as additional chapters that consider the rights of doctors and nurses to withdraw from abortion provision on grounds of conscience. Furedi also surveys the rapidly changing landscape of the abortion debate, including the rights of women in the aftermath of Trump's presidency; debates, politics and religion in Northern Ireland and the Republic of Ireland; and the differing levels of provision across Europe.

Ann Furedi has been a leading global pro-choice advocate for almost 40 years, 17 years as CEO of British Pregnancy Advisory Service. She has written extensively on the ethics of abortion and was awarded an Honorary Doctorate in Social Sciences by the University of Kent in recognition of her contribution.