Out of His League (Paperback) 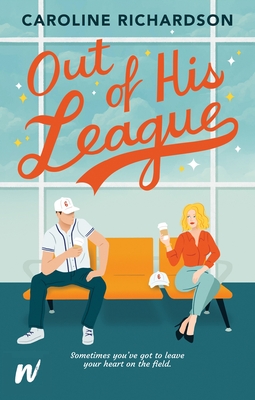 Out of His League (Paperback)

Sometimes you've got to leave your heart on the field

Gretchen Harper has always been practical. Dependable, solid, predictable. She’s never taken risks, and she’s especially never bought coffee for gorgeous professional athletes in airports. That is, until she meets her favorite baseball player on the worst day of his career.

Being sent to the minor league is just the first of Joshua Malvern’s many worries—he’s got an injury that won’t heal and his entire career and future are on the line. When a beautiful woman offers him coffee, that simple kindness is exactly what he needs to lift him out of his funk. He asks her to join him in first class, not expecting to end up joining her in bed.

What starts as a one night stand ends up holding the promise for so much more. And while stepping out of her comfort zone has never been Gretchen’s style, for a chance at true love she’ll have to decide whether she’ll swing for the fences, even if it means striking out.

Caroline Richardson has played competitive paintball in the Skydome, galloped million-dollar racehorses for a living, and met her husband when he sold her a Ford Mustang during a snowstorm. Her debut novel, Out of His League, rocketed to over one million reads on Wattpad in less than a year after winning a Watty Award and joining the Paid Stories program in 2019. When not working on her next best seller, Caroline backcountry camps, hikes, and cross-country skis with her family. She lives in Ottawa, Ontario, Canada with her husband and two children.