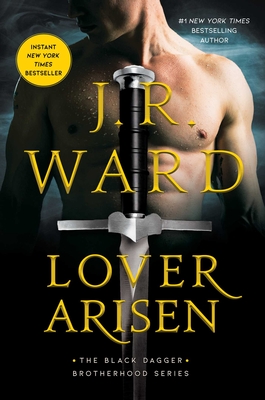 Possessed by the demon Devina, Balthazar is once again on the hunt for the Book of Spells—and fighting an undeniable attraction to a woman. As a thief, he has stolen a lot of things…but he never thought his heart would be taken by another. Especially not a human.

As a homicide detective, Erika Saunders knows there is something otherworldly going on in Caldwell, New York. Mutilated bodies that cannot be explained are all over her case list—and then there are her nightmares in which she’s hunted by shadows and captivated by a mysterious man who is both a suspect and a savior.

When Devina’s wish for true love is finally granted, Balthazar and Erika unwittingly become the gateway for the rebirth of an old enemy of the Brothers. Will the very thing that brings them together lead to the ultimate destruction of the Brotherhood? Or will they have to lose everything in order to save the race’s most sacred defenders?
J.R. Ward is the author of more than thirty novels, including those in her #1 New York Times bestselling Black Dagger Brotherhood series. There are more than fifteen million copies of her novels in print worldwide, and they have been published in twenty-six different countries. She lives in the South with her family.

"The romance between Balthazar and Erika is just one of many stories here, all exploring themes related to life, death, and immortality. Ward includes fan favorites Wrath and Vishous as part of the action... As always, it makes for a compelling, propulsive read. The twentieth Black Dagger Brotherhood book is true to form: characters you know and love embroiled in nonstop action." —Kirkus

"With Lover Arisen, the latest in J.R. Ward’s Black Dagger Brotherhood paranormal series, we get the story of Balthazar, a newer member of the brotherhood. But it is the reemergence of an old enemy and the heartbreaking sacrifice of a longtime fan favorite that leaves you stunned and facing a torturous wait for answers in the next book. It’s another thrilling entry in the long-running series." —Philadelphia Inquirer

"Sharp, sexy, and funny." —The New York Review of Books

"J. R. Ward is one of the finest writers out there—in any genre. She's in a league of her own." —Sarah J. Maas, #1 New York Times bestselling author

"Ward is a master of her craft." —New York Journal of Books