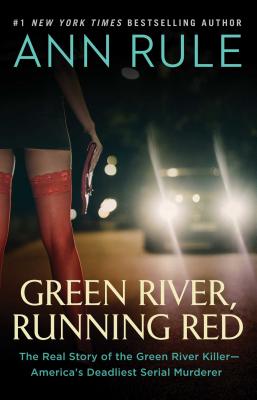 In 1982, the body of Wendy Coffield is discovered floating near the sandy shore of Washington’s Green River. Authorities have no idea that this tragic and violent death is only the beginning of a string of murders that will rock and terrify the Seattle area for two decades.

With her signature riveting prose and in-depth research, Ann Rule takes us behind the scenes of the search for the Green River Killer, a terrifying specter who ritualistically killed young women and eluded authorities for years. From seeking the help of incarcerated serial killer Ted Bundy to Ann Rule’s horrifying realization that the killer she was writing about had attended her book signings, Green River, Running Red is the suspenseful and unforgettable “definitive narrative of the brutal and senseless crimes that haunted the Seattle area for decades” (Publishers Weekly).
Ann Rule wrote thirty-five New York Times bestsellers, all of them still in print. Her first bestseller was The Stranger Beside Me, about her personal relationship with infamous serial killer Ted Bundy. A former Seattle police officer, she used her firsthand expertise in all her books. For more than three decades, she was a powerful advocate for victims of violent crime. She lived near Seattle and died in 2015.