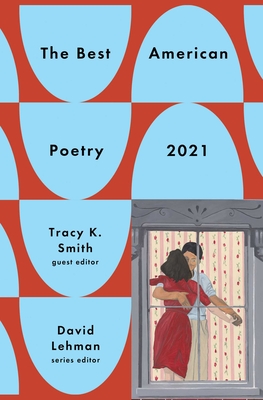 
Usually Ships in 1-5 Days
The 2021 edition of the leading collection of contemporary American poetry is guest edited by the former US Poet Laureate Tracy K. Smith, providing renewed proof that this is “a ‘best’ anthology that really lives up to its title” (Chicago Tribune).

Since 1988, The Best American Poetry series has been “one of the mainstays of the poetry publication world” (Academy of American Poets). Each volume presents a choice of the year’s most memorable poems, with comments from the poets themselves lending insight into their work. The guest editor of The Best American Poetry 2021 is Tracy K. Smith, the former United States Poet Laureate, whose own poems are, Toi Derricotte’s words, “beautiful and serene” in their surfaces with an underlying “sense of an unknown vastness.” In The Best American Poetry 2021, Smith has selected a distinguished array of works both vast and beautiful by such important voices as Henri Cole, Billy Collins, Louise Erdrich, Nobel laureate Louise Glück, Terrance Hayes, and Kevin Young.
David Lehman, the series editor of The Best American Poetry, is also the editor of The Oxford Book of American Poetry. His eleven books of poetry include The Morning Line, Playlist, Poems in the Manner Of, New and Selected Poems, When a Woman Loves a Man, and The Daily Mirror. The most recent of his many nonfiction books is One Hundred Autobiographies: A Memoir. He lives in New York City and Ithaca, New York.

Tracy K. Smith, guest editor, served as United States Poet Laureate from 2017–2019 and is the author of four acclaimed collections of poetry, including, most recently, Wade in the Water and Life on Mars, which received the Pulitzer Prize for Poetry in 2012. Her memoir, Ordinary Light, was a finalist for the National Book Award for Nonfiction in 2015. Educated at Harvard, Columbia, and Stanford, she is the Roger S. Berlind ‘52 Professor in the Humanities at Princeton University.

“This annual anthology touches on Covid, George Floyd and much else that’s timely and timeless, with work from Louise Glück, Terrance Hayes, Ada Limón and others.”--The New York Times