Near Dark: A Thriller (The Scot Harvath Series #19) (Hardcover) 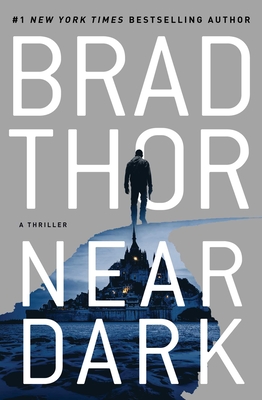 Near Dark: A Thriller (The Scot Harvath Series #19) (Hardcover)

Not knowing whom he can trust, Harvath finds an unlikely ally in Norwegian intelligence operative Sølvi Kolstad. Just as smart, just as deadly, and just as determined, she not only has the skills, but also the broken, troubled past to match Harvath’s own.
Brad Thor is the #1 New York Times bestselling author of twenty-two thrillers, including Black Ice, Near Dark (one of Suspense Magazine’s Best Books of the Year), Backlash (nominated for the Barry Award for Best Thriller of the Year), Spymaster (“One of the all-time best thriller novels” —The Washington Times), The Last Patriot (nominated Best Thriller of the Year by the International Thriller Writers association), and Blowback (one of the “Top 100 Killer Thrillers of All Time” —NPR). Visit his website at BradThor.com and follow him on Facebook at Facebook.com/BradThorOfficial and on Twitter @BradThor.

"Not since Ian Fleming rendered James Bond a mere shell of himself in the wake of "From Russia, With Love" has an author pushed an icon to such depths."
— Providence Journal

"Brad Thor has mastered the art of the thriller cliffhanger."
— New York Journal of Books

"Brad Thor thrills yet again with NEAR DARK."
— The San Diego Tribune